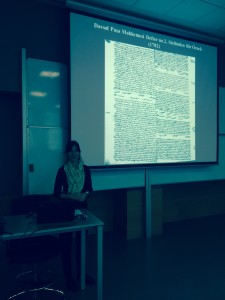 Dr. Leyla Kayhan Elbirlik delievered a talk focused on legal conflicts about marriage at Ottoman courts entitled “Marriage and Divorce in an 18th Century Ottoman Court”. In her talk, Dr. Kayhan discussed the legal rights of Ottoman women and explained how women’s fight for their rights can be linked to the Ottoman women’s movement of the period.

Posted in Uncategorized | Comments Off on Talk by Dr. Leyla Kayhan Elbirlik 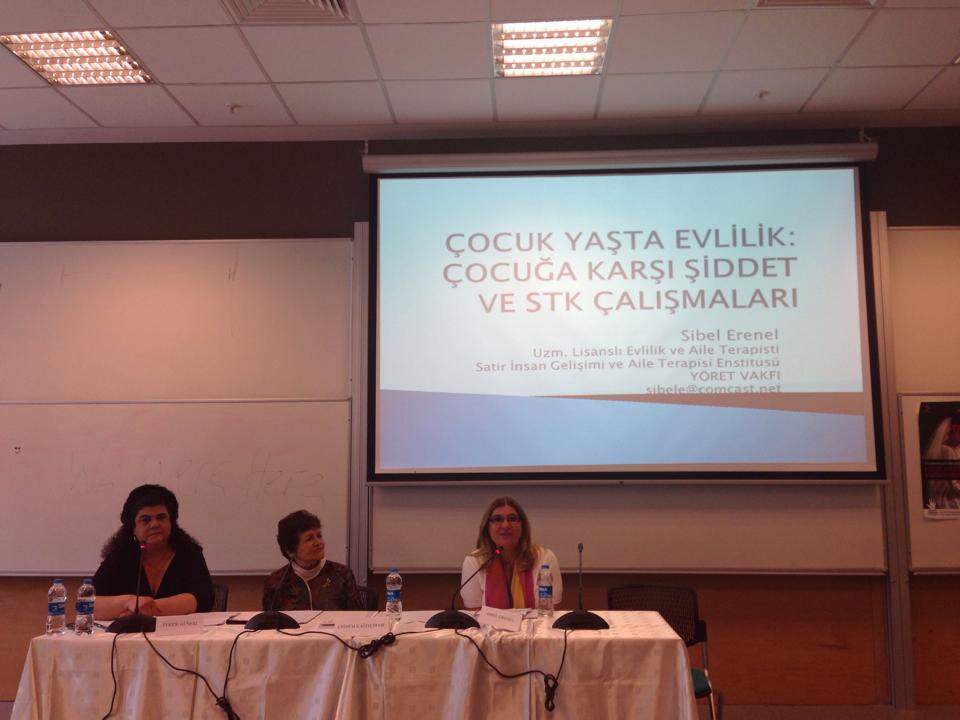 OzU hosted a panel on “Child Marriages” where the issue of early marriages is discussed from psychological and legal perspectives on April 25, 2014. Here is the full program of the event.

Posted in Uncategorized | Comments Off on Panel on Child Marriages

Science with and for Society networking event will be held in Brussels, Belgium on the 14th of May 2014. Dr. Deniz Şenol Sert, Dr. Berna Zengin Arslan and Dr. Leyla Kayhan Elbirlik from OzU-Gender will be there to meet potential partners for collaboration in the setup of Horizon 2020 project consortia.

The event agenda is here. Web page is here.

Ozu hosted a talk by Prof. Fregoso, Professor of Latin American and Latino Studies at the University of California Santa Cruz, Social Sciences Department on “Feminicide (Women Killings) in Latin America, Human Rights and the Limits of Carceral Feminism” on April 18, 2014. 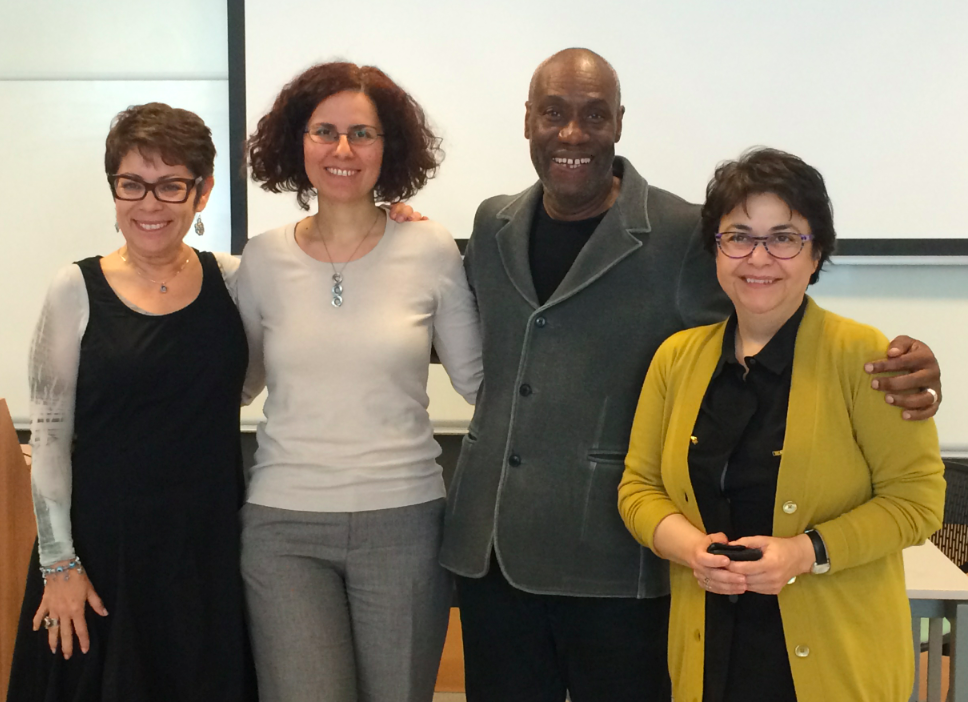 Some of her selected works:
• Terrorizing Women: Feminicide in the Américas (co-edited with Cynthia Bejarano), Duke University Press, 2010.
• Coming to Grips with Feminicide, Truthout, 13 January 2012
• meXicana encounters: The Making of Social Identities on the Borderlands, University of California Press, 2003.
• The Devil Never Sleeps and Other Works by Lourdes Portillo, Austin: University of Texas Press, 2001.
• The Bronze Screen. Chicana and Chicano Film Culture, Minneapolis: University of Minnesota Press, 1993.

The host Enver Aysever, dedicated a significant part of the program to women’s writing and discussed literature from a gendered point of view with Müge İplikçi and Senem Timuroğlu.

Posted in Uncategorized | Comments Off on Senem Timuroğlu on CNN Turk

Ozu hosted a one-day conference on women’s writing on March 8, 2014. The conference focused on marginalised women writers of Ottoman and Turkish literature including Mihri Hatun, Zabel Yeseyan, Halide Edip Adıvar, and Suat Derviş etc. Panels are concluded with a roundtable in which Hatice Meryem, Şebnem İşigüzel and Müge İplikçi discussed being a women writer in contemporary Turkey. 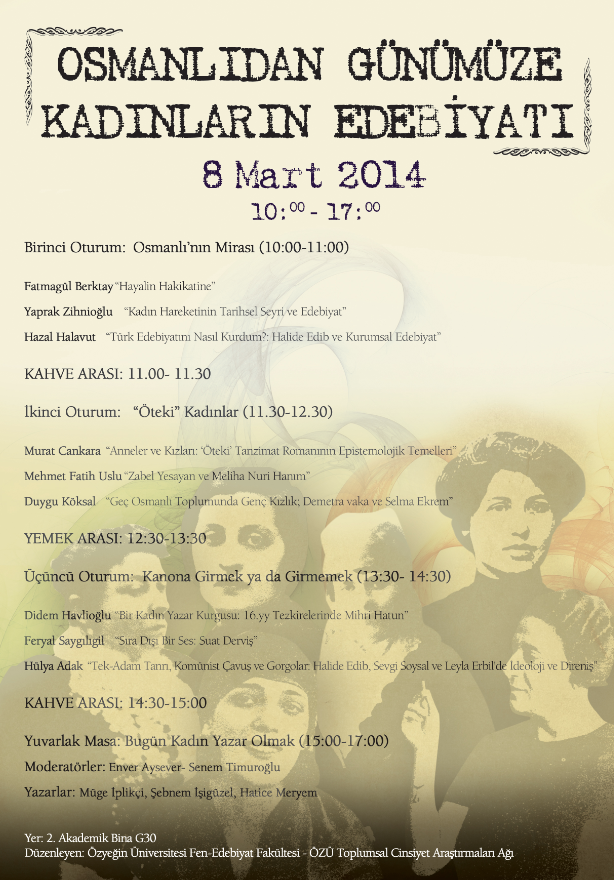 Posted in Uncategorized | Comments Off on March 8, 2014

OzU hosted an international workshop within the scope of Dr. Çimen Günay-Erkol‘s project “Women’s Writers in Turkey” supported by TÜBİTAK (The Scientific and Technological Research Council of Turkey (109K517) between 2010-2012 in the framework of the COST Action entitled “Women Writers in History – Toward a New Understanding of European Literary Culture” (IS0901). 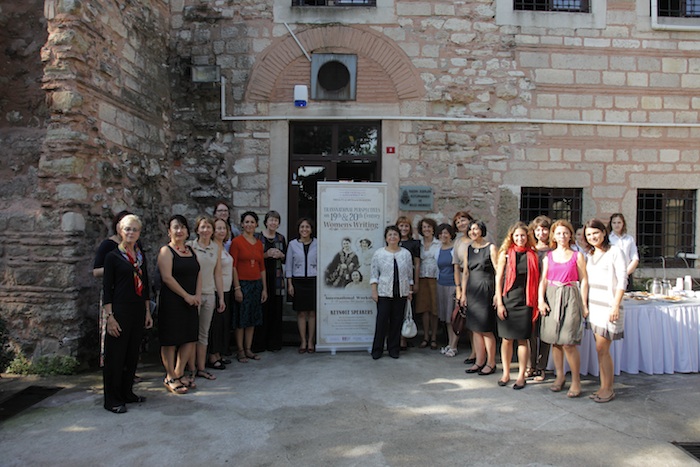